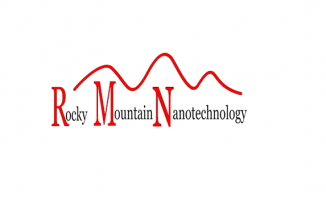 Probes are ideal for SCM and C-AFM imaging

Alignment of laser spot on the back of cantilever

Focussing on the tip - prior to engagement

Remember that RMN’s probe tips extend out approximately 80 μm from the back side of the cantilever (in contrast to many standard silicon AFM probes which extend out less than 10 μm). While you may not be able to clearly see the probe tip apex behind the cantilever, with practice you can learn how to focus near the apex. It is helpful to have a reflective sample under the tip when doing this. To find the tip apex, adjust the focal plane while watching the optical image. A portion of the side of the tip shank will come into focus at different heights as you change focus. The annular size of this portion of the tip shank will shrink as you move the focus plane toward the tip end. When this annular image feature collapses and disappears, the focal plane is near the end of the tip. *Note that if you are unable to find the tip end, be sure to focus well below the back of the cantilever (> 80 μm) to avoid a tip crash by the system. Do not focus on the back of the cantilever, as when the system automatically approaches, the tip may hit the surface before feedback is turned on, unless the auto approach parameters are set to start approach with feedback at a height greater than 80 μm.